Ranching Has Been a Good Life 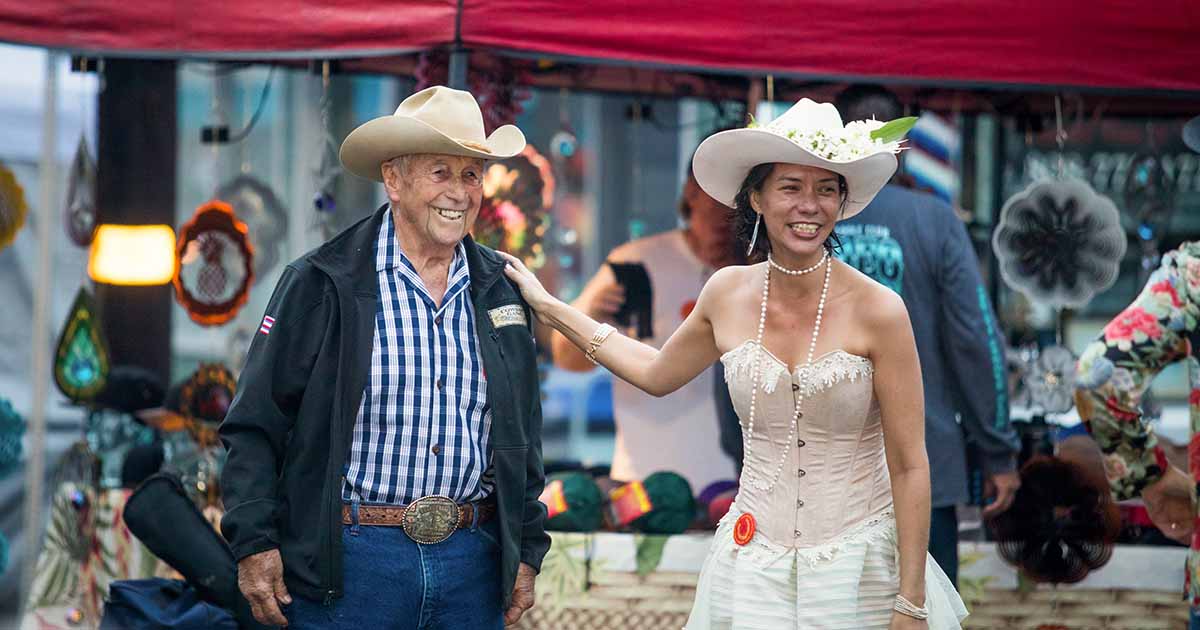 William J. “Willy” Andrade, Sr. (Paniolo Hall of Fame Class of 2001) is fondly remembered as founder of the Hawai’i Saddle Club, career rancher and fireman, and a friend to all. He grew up in a large paniolo family in Ahualoa and Hanaipoe on the slopes of Mauna Kea. Up mauka from their home, his grandparents, who arrived from Portugal in 1874, ran the slaughterhouse (still in operation as J.J. Andrade Slaughterhouse).

Willy’s father was a cattleman and a businessman. He and his brothers would deliver meat to the plantation camps by truck or mule, and sell it for 25 cents a pound, or whatever the market would bear. In 1926, he built the Andrade building, and ran a meat market, as well as a restaurant, bar, and hotel. He also supplied the plantation with firewood, hauled by a team of 12 bullocks.

Tragically, his father was killed by a horse when he—one of seven children—was eight years old.

His father had purchased some untrained horses from Ronald Von Holt of Kahua Ranch, which he often did. Willy recalled, “From the ranch house up to the corral, about three-quarters of a mile, he walked up, where he usually rode a horse. One of the horses breaked away, and caught him right in the middle of that gully, you know, hit him right against—on the chest, you know? … They pick him up, and they put him on a horse and were bringing him back down. But he died, coming down on the horse. He was crushed inside.”

“My mother kept the ranch going, kept the kids in school.”

With the fierce strength of his mother, and Willy and his siblings pitching in to help, the family continued to raise cattle, and the ranch survived and thrived. From about age 13, Willy would join the cowboys and drive 100 head of cattle down from Ahualoa and Hanaipoe to Kawaihae Harbor to board ships for export.

“We left Hanaipoi at twelve o’clock at night, we drove them all the way down to Waimea, we ended up there about six in the morning,” he recalled. “We left them there in the corral, the Parker Ranch corral down there. And six o’clock in the evening we started again, back down to Kawaihae, see, would be all at night so that the cattle would be fresh. Because you know, they cannot take the heat.”

Willy worked on the ranch until he was 20, and then joined the fire department, where he worked for 30 years. In 1948, he had some land turned over to him and built his own ranch, starting with some black and white faced heifers. At its peak, Willy’s ranch had 400 breeding cows on 100+ acres.

“As much as I could, I would try and improve it, make it bigger,” Willy said. And my goal was to get it as big as I could and of course, to make anything big, you have to have quantity, more land. And like I said, when I retired that’s when I went bigger. Because I had the time to do it, because I loved it too much.”

In 1953, he went to a wedding on Oahu, and visited a friend in Kaneohe leased bucking bronco horses to servicemen so they could try and ride them. Willy, who always loved rodeos, returned home and talked to a friend, Dr. Edwin Buzz Willetts, about making a rodeo arena in Honoka’a. Willett agreed it was a good idea, and they decided to bring the ranches together for a meeting. “We named the place Hawai’i Saddle Club,” Willy said. “So we had 150 some-odd members. So we worked on the thing there, we got the first rodeo going up, without any bleachers. The second year went in there, we promised the people we would have bleachers for them. So we got the bleachers done and we sit down two-thousand people. And it was really a lot of hard work.”

Sadly, Willy passed away in 2019 at age 92, leaving his wife Frances, two daughters, four sons,, 15 grandchildren, eight great-grandchidren, and numerous nieces and nephews. In May, Honoka’a Western Week named him honorary Grand Marshall, represented by a riderless horse, led by his oldest son.

To close his Oral History, he was asked about the future of ranching in Hawai’i.

He said, “There’ll always be ranching, cowboys, there’ll always be cowboys. But number one, get land, land’s getting more scarce, you know? Harder to get. And more and more people are moving in, you know? It’s going to get smaller, let’s face it. Like you take, well for example, with me, what I have, I feel that what I have, I want to keep it for my children, you know? Because if I’ll sell it, I’ll have the money but no land. They can’t afford to buy land later on. I hope that people will continue ranching, because ranching has been a good life.”